Getting a Referral for a TMS Psychiatric Evaluation 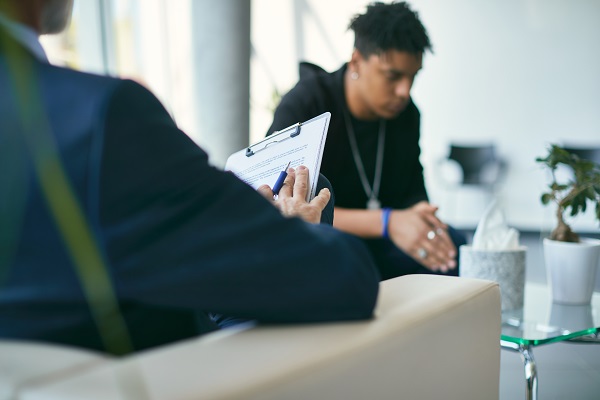 You might need psychiatric evaluation for TMS if you have symptoms of a mental health disorder. A psychiatrist is often the second medical professional people with mental health disorders see. General practitioners are typically the first person most people talk to about their symptoms. The doctor tries to determine the root cause of their problem and typically refers them to a psychiatrist when there are no physical problems that might be causing the symptoms.

The psychiatrist goes over the patient's medical files and performs a psychiatric evaluation for TMS. This usually includes completing some questionnaires. These forms typically cover the symptoms of mental health disorders and ask patients to rate their frequency. The psychiatrist uses this information and the patent's medical records to determine if transcranial magnetic stimulation (TMS) is right for them. TMS therapy is typically recommended for patients with moderate to severe treatment-resistant mood disorders, those who react negatively to antidepressants, and people who prefer a drug-free approach.

Patients who suspect they have a mental health condition because of their symptoms are free to head to a psychiatrist directly. The psychiatrist performs a physical examination to rule out physical health issues, and blood tests might be ordered based on their findings.

What to expect when getting a psychiatric evaluation for TMS

The magnetic waves sent into the brain turn into electric current when they get there. They help to activate or deactivate the regions of the brain targeted. They also stimulate the production of neurotransmitters, which improves communication between neurons. As a result, most patients report a reduction in their mood disorder symptoms.

TMS therapy is a non-invasive procedure. The Food and Drug Administration (FDA) approves it as a treatment for depression and obsessive-compulsive disorder. Side effects are rare, and they typically go away as the patient gets more treatments. Transcranial magnetic stimulation's most common side effects include headaches, nausea, dizziness, and scalp discomfort.

About 0.01% of patients who get TMS treatment experience seizures as a side effect. Due to this, TMS therapy is typically not recommended for people who have had seizures in the past. Other reasons a patient might be disqualified from getting TMS treatments include pregnancy, having metal plates or screws, or having medical devices that the treatment can damage.

TMS therapy involves treatment sessions that last anywhere between 20 to 40 minutes. The first session typically takes the longest since the patient's motor threshold is determined during this appointment. The psychiatrist does this by sending magnetic waves of increasing intensity into the patient's brain until their hands twitch.

A full course of TMS treatments involves getting up to five treatment sessions for four to six weeks. Most patients report positive results as early as two weeks into their treatment.

TMS therapy might be what you need to put your mood disorder behind you. Call or visit our New York clinic to set up an appointment.

Request an appointment here: https://www.hopetmsofny.com or call Hope TMS and Neuropsychiatric Center at (646) 578-8152 for an appointment in our New York office.

Check out what others are saying about our services on Yelp: Psychiatric Evaluation For TMS in New York, NY.

Brain stimulation techniques like transcranial magnetic stimulation (TMS) and electroconvulsive therapy (ECT) can manage severe cases of depression. Psychiatrists will recommend brain stimulation for mental health issues that are resistant to more conservative treatment options. They might use this type of intervention as a standalone treatment or as part of a larger treatment plan. Transcranial…

What Does Depression Therapy Entail?

Looking for information on depression therapy? Read on to learn more. Seeking depression therapy is an appropriate measure to take when suffering from sad thoughts, an unexplained lack of energy, and other negative symptoms associated with how one feels. Depression is a very common condition; it can be debilitating and affect one's work, home, and…

Getting The Most Out Of TMS Therapy

Transcranial magnetic stimulation, or TMS, is highly effective as a therapy for patients who desire relief from depression symptoms. However, certain factors may enhance efficiency and boost results when combined with TMS therapy. When it comes to treating depression, every minor effort counts to ensure complete physical health, to improve mood, to manage depression, and…

Brain stimulation techniques like transcranial magnetic stimulation (TMS) and electroconvulsive therapy (ECT) can manage severe cases of depression. Psychiatrists will recommend brain stimulation for mental health issues that are resistant to more conservative treatment options. They might use this type of intervention as a standalone treatment or as part of a larger treatment plan. Transcranial… 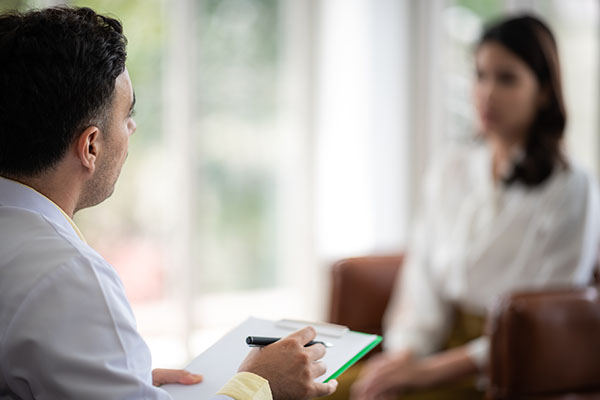